Coronavirus (COVID-19) - We are currently in the Yellow Readiness Level, which means face to face activities can resume outdoors and indoors with an approved Risk Assessment. For the latest updates, please check out our dedicated page by clicking Here!

Did you ‘Escape Ramsbottom’ ?

The annual district scout event ‘Escape Ramsbottom’ took place last weekend. The event is hosted and organised by our district explorers and is always a highlight in the scouting calendar.

The event involves teams of scouts planning and navigating a route between two places, all the while being pursued by teams of catchers out to hinder their escape!

The winning teams are the teams that get to the destination within a time frame, have the least number or no catches and in the event of  a tie it goes to the team who finished first.

The event this year was won by ‘9th Rammy Raiders’ a team from 9th Ramsbottom St Philip’s who managed to evade the catchers, cover 7.5 miles and finish in good time.

A big thank you to everyone involved and to the groups and teams that took part. We are already looking forward to next year! 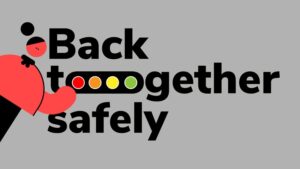